Many real estate investors are aware of how critical interest rates are in the evaluation and performance trajectory of their investment properties. As a result of the 2008 financial crisis the Federal Reserve (the Fed) is taking unprecedented action and raising interest rates more frequently than they have in the past. In the past 3 years the Fed has raised short term interest rates 6 times. It has been suggested that they increase exponentially by the end of 2018.

This article also suggests that investors to run sensitivity tests upwards of 5% interest when developing pro forma on ventures.

The Federal Reserve rate setting committee meets next week, and five more times thereafter during 2018. The Fed recent history of raising rates is not consoling.  Since December 2015 through March 2018 the Fed has raised short-term rates six times.

None of us know what will happen to rates in the next 6 - 12 months.  However, members of the Federal Reserve rate setting committee have been saber rattling.  Some have suggested that the Fed will increase short term rates three or even four times during the balance of 2018.  Looking out further into an even less discernible future, they have suggested another three rate increases in 2019.

What does that portend for long-term interest rates?  Who knows?  However, if you are running development pro forma on projects it would be advisable to run sensitivity tests at 5.0% interest up to 6.0% interest.

Obviously, the arithmetic of increasing rates is to drive down the amount of loan principal that can be supported by higher debt service burden.  Debt Service Coverage mandates will eat into loan proceeds. 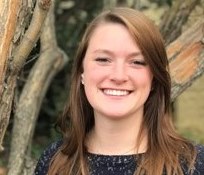